The Cecropia Moth (Hyalophora cecropia) is North America's largest native moth. It is a member of the Saturniidae family, or giant silk moths. Females with a wingspan of six inches or more have been documented.

The body is hairy, with reddish coloring on the anterior, and fading to reddish/whitish. The abdomen has alternating bands of red and white. The wings are reddish-brown with crescent-shaped white marks. It is mostly nocturnal and is rarely seen in the day.

These moths can be found in the eastern half of North America and north into the majority of Canadian provinces. Life span as an adult is only about two weeks. Hosts include a variety of trees, including maple, cherry, ash, elm, birch and others. 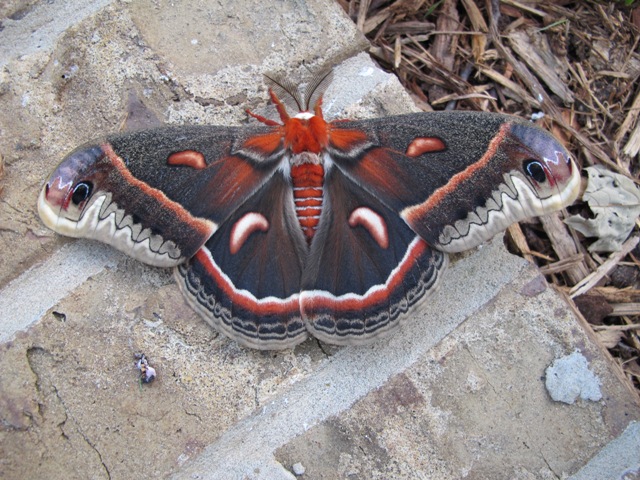 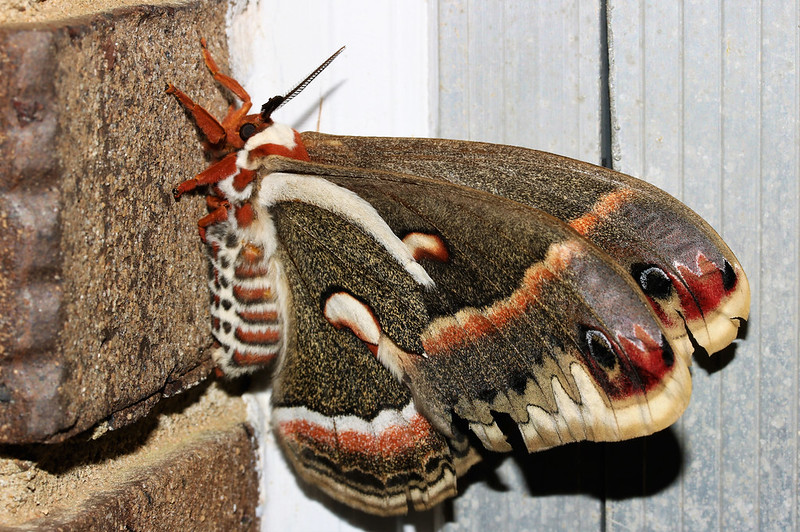 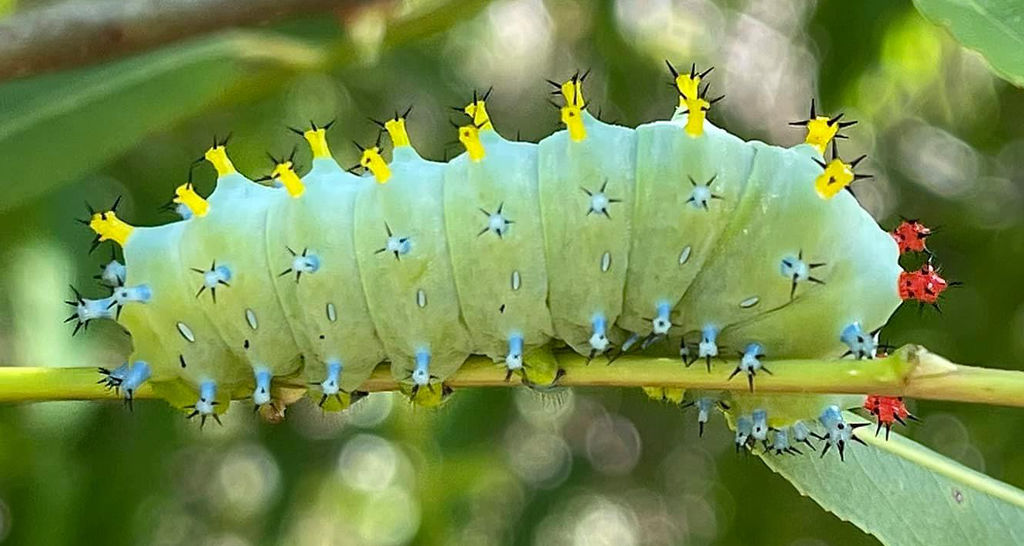