The Io Moth (Automeris io) is found throughout the eastern half of the United States and southern Canadian provinces, and down into Mexico.

Each hindwing of this beautiful silk moth has a large black and blue eyespot with a white dash in the middle. The forewing color in males is generally yellowish, while females are more brown, rusty red, or purplish. The males also have much bigger feathery antennae than the females. Adults live 7-14 days.

It is one of the most widespread and common Saturniidae species in North America because of their adaptability to differing climates and host plants.

The yellowish-green to bluish-green caterpillar has a red-and-white stripe on the sides. The caterpillar's prickly spines can deliver a sting harmful to humans. They are often seen traveling in single file processions. 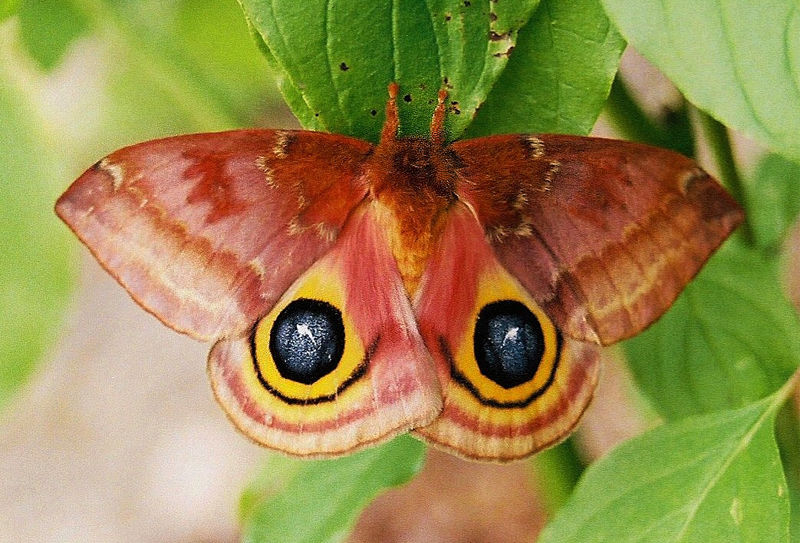 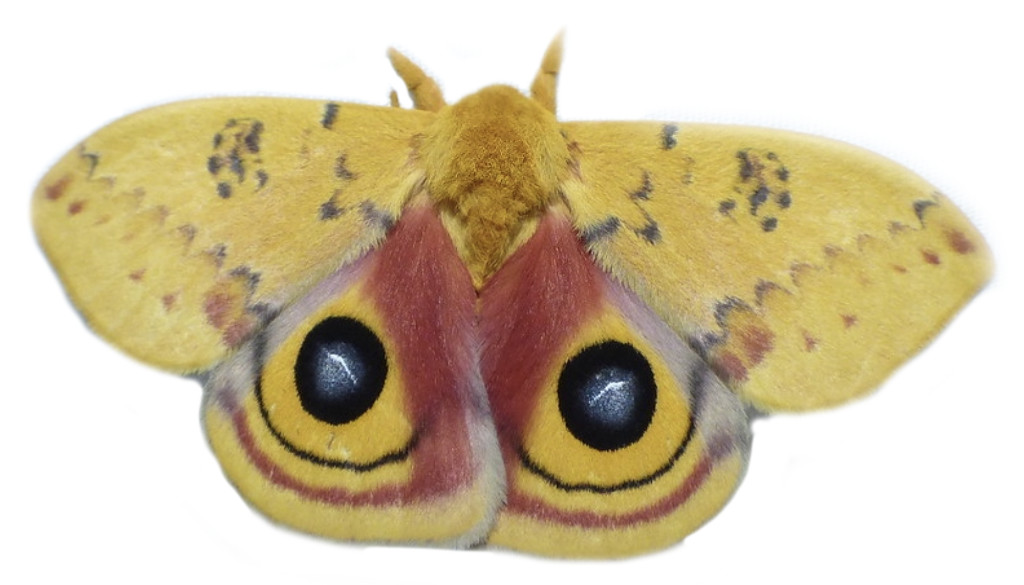 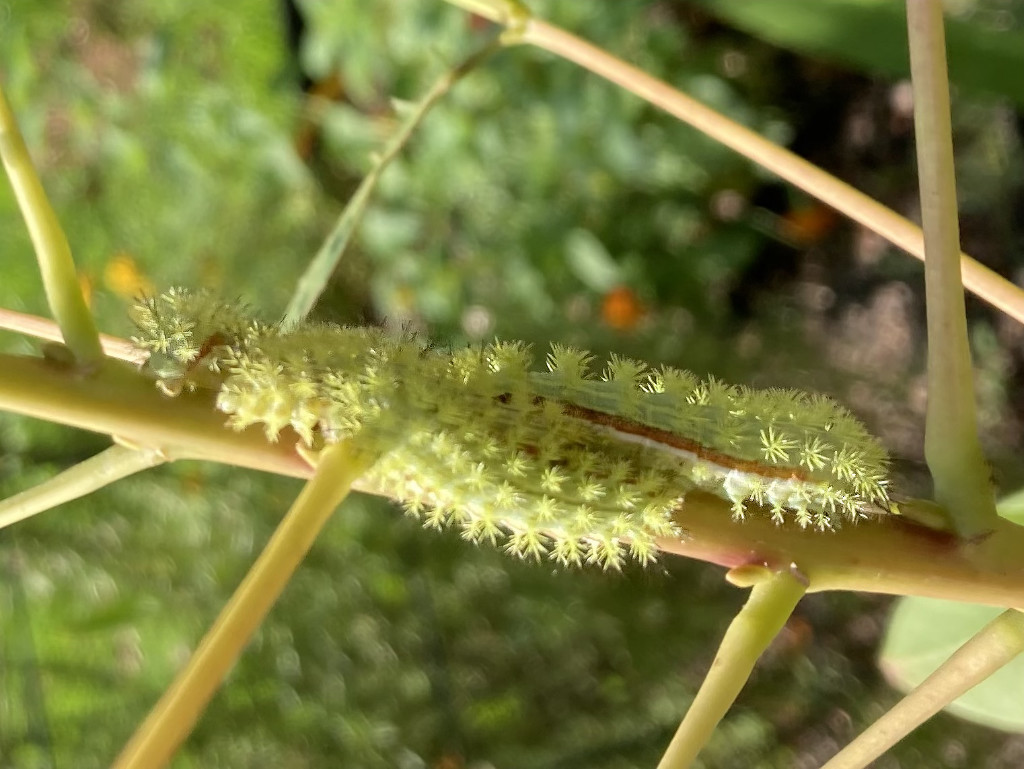