The Polyphemus Moth (Antheraea polyphemus) is one of the biggest moths, with a wingspan of about 4" and up to 6".  It is named after Polyphemus, the giant cyclops from Greek mythology who had a single large, round, eye in the middle of his forehead. It features large eyespots in the middle of the hind wings.

They can be seen in the eastern half of the United States and into Quebec. Silkmoths like the Polyphemus derive their name from the fact that the caterpillars spin large silken cocoons in which to pupate.

Like other giant silk moths, adults do not feed. All of the nutrients needed to grow and develop are obtained by the caterpillar. Male wings are very dark and blackish, while female wings are bright reddish to dark brown.

Hosts include spicebush, sweetbay, white ash, sassafras, lilac and others. 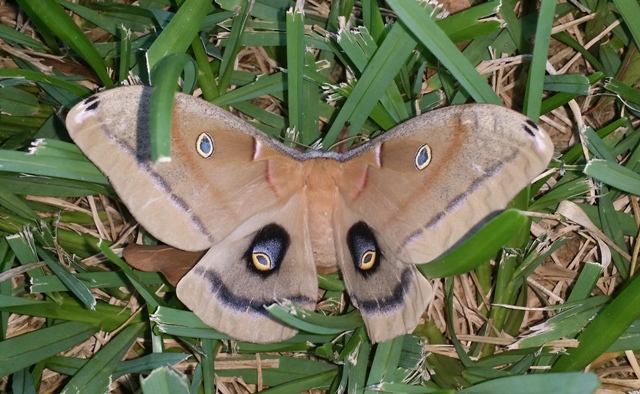 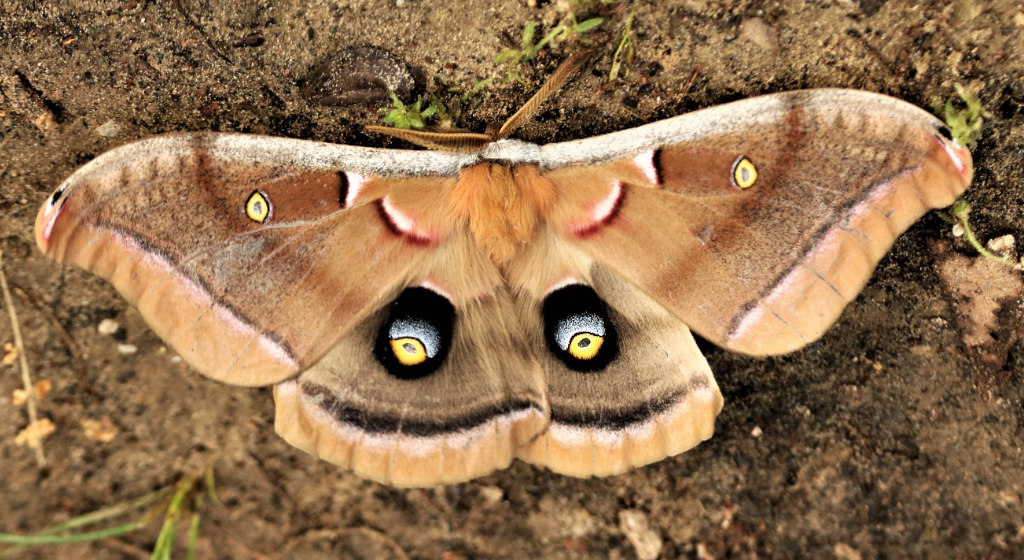